The mathematicians at my job decided to host a Pie Competition on National Pi Day (3.14), today.  Apparently, Pi Day is celebrated on March 14th the world.  So, I knew Pi or “π” was the symbol used in mathematics to represent 3.14 (or according to Wikipedia – the ratio of the circumference of a circle to its diameter, approximately 3.14159) but I did not know there was an official day or pie involved.

I am not a baker but I decided to partake in the event, just for fun.  Since I have no pie skills,  I looked online to find a fast, easy recipe.  I found a simple apple pie recipe that was almost from scratch (I bought the crust).  It only had eight ingredients.  The only thing I had to buy, other than the crust, was apples.  I cut the apples and filled the pie before I went to bed.  When I woke up, I made the sauce and baked the pie for 40 min.  It was so easy.

So, did I win the contest – NO.  Not even honorable mention.  But some of my co-workers really outdid themselves with very delicious pies.  Try this easy recipe and let me know what you think.

3.  Unroll pie crust in a baking dish and add sliced apples. Take other pie crust, cut into strips, and lattice it over apples. Crimp the edges with your fingers or a fork. Spoon sauce over pie. Cover the inside and top.

5. Allow to cool completely before serving.

Check out this short video for more! 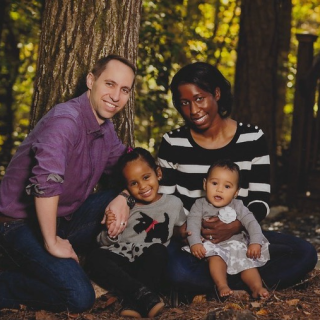 Hey there! I'm Gloria and my blog is for busy home chefs! Through this blog, I will try to make home cooking seem easy, enjoyable, and seamless. It is full of strategies geared toward everyday foods with everyday ingredients! Happy cooking!